Storm chasers are people that specifically seek out and chase tornadoes. For some it is simply a thrill. For others, it is a scientific mission. Many storm chaser case tornadoes to collect data and better understand these beasts of nature with the hopes of protecting lives in the future. If we can understand tornadoes better, we can better predict them and warm people of them before it is too late.

Regardless of warnings, roofs and houses will still be destroyed. a local roofer will still have to be called. We can only protect ourselves. In this video, you will see a deadly Texas tornado and the risks these brave souls took so that others may live.

It was March 28, 2017. Storm chasers were chasing a supercell in Texas. A tornado rapidly materialized. It caught many chasers off guard. Some chasers stopped to take video and photos, others repositioned. You can see the funnel as it swirls violently and picks up dirt from fields. You can also hear the vortex whirl with tremendous force. It is a beautiful and terrifying sight. This particular tornado also dropped large hailstones on storm chasers’ cars. Many times, these storms that produce tornadoes, also produce hail due to strong updrafts. 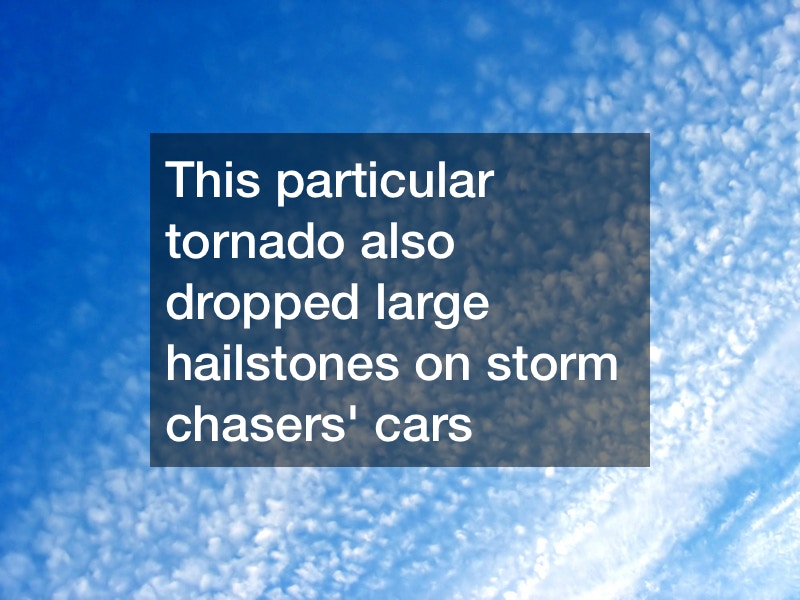