How to Start a Concrete Company

Starting a concrete company can be a great option for individuals with plenty of experience in the concrete contracting world. This video shows one man’s journey from being introduced to the concrete business to starting his own.

In the video, the contractor explains that he began working in the concrete business when he was young. He worked in the summers during high school and learned the basics. After high school, he attended college and worked at the same job during summer vacations. 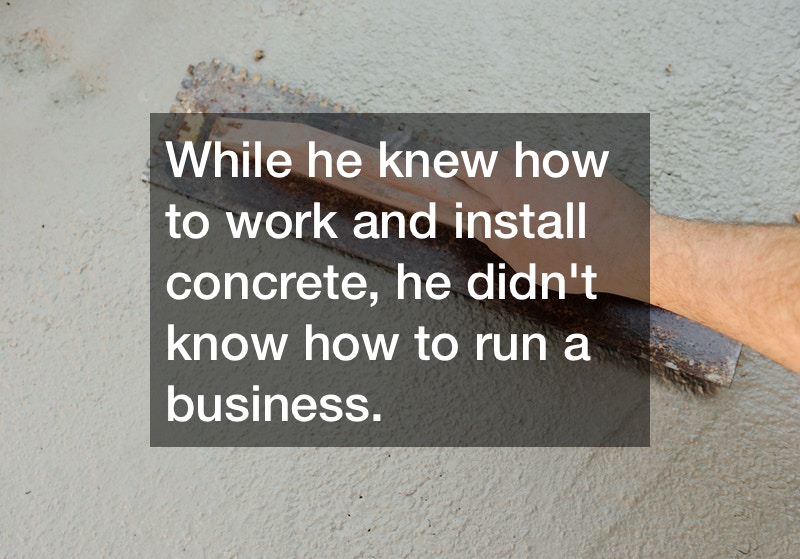 After two years of college, the contractor realized he was not interested in what he was studying and wanted to work, instead. He went back to the concrete company he had been working for and started full time.

After awhile, he began to think that he wanted to start a business of his own. Another mentor kept pushing him and telling him that he should start his own business. When he was 20 years old, he started his concrete business.

While he knew how to work and install concrete, he didn’t know how to run a business. It was a steep learning curve that had a lot of obstacles in place. Still, he overcame them and achieved and is running his own business going on 35 years.

Apr 8, 2022Leave a Comment on How to Start a Concrete CompanyHome